A walk around a lake and some thoughts about letting other people share in our journey. And some photos.

There’s a walk I’ve been enjoying on occasion ever since we moved to this part of England. Rudyard Lake is a reservoir 10 miles up the road from home. There’s a nice path that goes around, more or less 5 miles (8 km). One side of the lake is flat, with a miniature railway up part of the distance. At the quiet end of the lake you’ll often find fisherman on the banks. 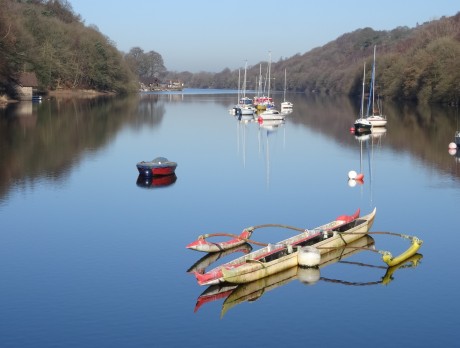 Rudyard Lake in Staffordshire. An unseasonably warm and sunny day in February, with not a breath of wind.

The path continues around the end and then up through woodland over some hills. By the end of the route there’s been a climb/descent of about 150 metres. The higher parts afford some lovely views of Cheshire to the north.

It’s during that stretch in the woodland that you come to an interesting old property which has now been deserted for some years.

Here’s a picture I took when we first moved to the area in 2007. 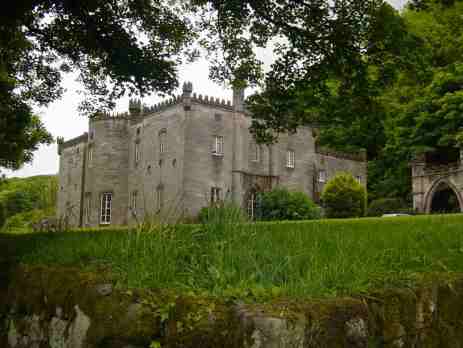 Am almost deserted building – as it appeared in 2007. At the time there was a gate and you had to walk around the property.

It was still occupied in those days. There were curtains at the windows and signs of life, cars parked and mown grass.

The same property in 2019. Deserted and starting to crumble. The windows are boarded up.

The location of the house above the lake is beautiful and the building itself looks so interesting, so I don’t know what the story is and why it has been deserted. It’s been rather sad to watch its condition deteriorate over the years. I think it would make a great youth hostel or retreat house, or simply a roof overhead for some of the many homeless people in our area. 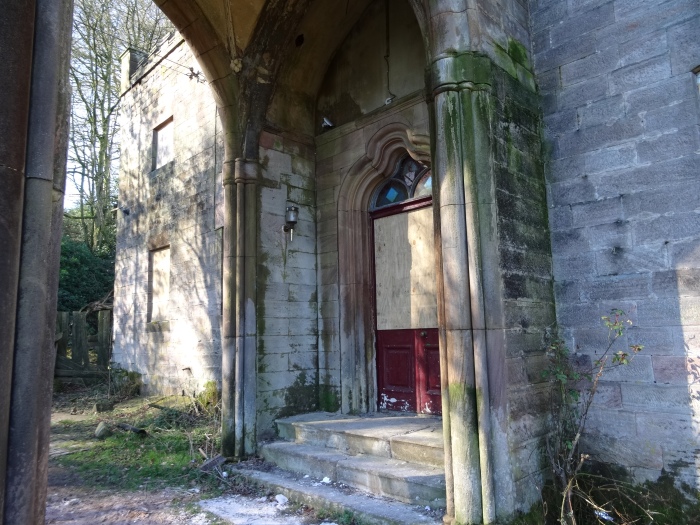 When you take a closer look, you see it is not only boarded up but starting to fall apart.

However, years have gone by, and unused and unoccupied, literally boarded up, inevitably its condition is worsening. Falling apart.

It seems such a sad waste.

As I passed by recently, my mind turned back to The Way film (here) and how on his journey, the grieving father seemed so closed to others. Blocked. Boarded up. And he also started to fall apart, getting drunk and being arrested at one sorry stage. But then he opened up to his walking companions, talking about his son. It seemed to be a turning point both for him and them.

Sometimes when we’re grieving, we board up the windows; we don’t want to let anyone in. We don’t want them to see the mess inside. But as a consequence we can end up disintegrating. Our life can fall apart worse and worse.

It is so important to find ways to express our grief. It’s not to say that we can’t grieve alone – there is a time and a place for that.

But for the majority of us, at some point we need other people. It could be a partner or a close friend, it could be some sort of peer support, it could be professional support. It just seems that having someone listen to us can make a big difference.

Maybe you’ve had experience with a support group (or been to one of my retreats). What a relief it can be to arrive in a room with like-minded people, who understand the heartbreak of loss!

Read more about this here:

P.S. Are you guessing that Rudyard Lake was named after the famous author Rudyard Kipling? Actually, it is the other way around.  His father John Lockwood Kipling was working in Burslem (Stoke-on-Trent) and met Alice MacDonald in 1863 and courted her at Rudyard Lake.