Today is Holocaust Remembrance Day and it feels an appropriate occasion to tell a bit more about my backstory.

We all have our own unique backstory. Some people spend a lot of time tracing their family histories; others are aware of their story as they grow up, perhaps in the company of their extended family. Perhaps there’s a family business that goes back generations, or a home or some special items that have been passed on.

I spent the first nine years of my life in Southend-on-Sea, and that’s where I was born. I was the youngest of 4 children. The children had arrived in two batches – sister and oldest brother, then a gap of some years, then my brother J and myself. When we went on summer holidays, there were just three of us – my mother, J and me. The furthest we ever went was to Italy. That was a big adventure, my first flight, on a package holiday that my mother saved up for by working part-time at a laundrette.

My father didn’t like to travel. From the time he arrived in England during World War 2, he never left the country again except for D-Day, as he was a paratrooper.

When I was little, I’d sit with my dad on Saturday mornings and he’d tell me stories. Actually, from what I recall, he would only tell me one story. It got fixed in my mind although perhaps the details now are hazy, as memories do odd things.

The story he told me went something like this. He was in Poland, attending university, living in Warsaw with his mother and sister. (I don’t know what had happened to his father.) And the war broke out. They left Warsaw and found a farm somewhere, that took them in and gave them refuge. He was the look-out, and he was up in a tree, checking that no German soldiers were on the way, when suddenly the soldiers arrived. There was nothing he could do but watch. He couldn’t stop what was about to happen and if he had shouted out, he would have met the same fate as his mother and sister, who were shot as they stood.

He waited until the soldiers left, and then he got away somehow. He travelled up to Russia, then travelled east (as many Jewish refugees did at that time). He survived, getting some work as a painter. Eventually he travelled down to Iran where he joined the British army, and as a result ended up in England where he met my mum.

For decades he thought that the only member of his family to survive the Holocaust was his brother, who had likewise fled, although eventually he heard from a handful of other survivors.

I don’t recall my dad ever talking about the war and his family at any other time, except for those cosy Saturday morning chats, just him and me.

If I ever had the opportunity and means, I would love to visit the small village in western Ukraine that his family originally came from. Recently I was researching and I found an online translation of a book from just after the war. Utterly horrifying, as it included first-hand graphic descriptions of the Nazi invasion and the cruelty they inflicted on the people. I even read the final words of some of my relatives that had been scrawled on the walls of a synagogue, apparently minutes before the Nazis mercilessly slaughtered all of the occupants, men, women and children.

And all of that tells why my father never seemed to want to be away from home. He had found safety and a refuge.  When you’re a child, you think that your “normal” is everyone’s normal. I was so surprised when I heard that other fathers joined their families on holiday. It wasn’t done in my own.

I don’t think the trauma of the war ever left him, and I believe that affected me and possibly my children too. This isn’t as odd as it might sound – there is something called “transgenerational transmission of trauma”. (A topic for another time.)

As I remember my father’s grief, I stand in awe at his courage. What determination he must have had to survive, and that brought him through.

I stand in awe of all those, past and present, who face merciless enemies, who flee the horrors of war and deprivation, who struggle to hold onto life for themselves and their loved ones.

What a world we live in. It’s not as though genocide is only in the history books.

May we each find ways to make this world just a little bit better, and may we find courage to keep going even when that seems impossible.

(PS. I haven’t included names and photos, realising that some of the members of my extended family would not be happy about me doing so.) 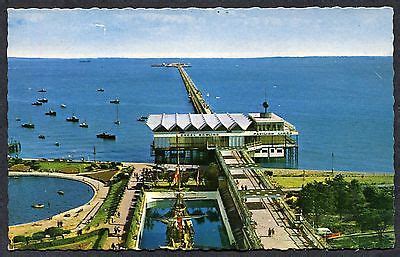 Southend-on-Sea, where I grew up

I hope to continue writing my story, in bits and pieces, as it’s the backstory that contributes to where I am today. Here’s a bit more:

Grieving for my two children (My Story- Part 1)

How I got here

One thought on “My Story – Part 2 – The Holocaust”